MembersResources & Information for our members

COVID-19 has presented significant challenges in virtually every aspect of life including for churches. The elders have been praying and discussing since the beginning concerning how we can faithfully shepherd the members of Flint Reformed Baptist Church in the midst of this pandemic.

As we have discussed what faithfulness to Christ looks like for us as a church, several convictions have guided us:

Starting this Sunday, after much prayer and discussion, and seeking to continue to apply the aforementioned biblical convictions, we have decided to move our Lord’s Day worship service indoors.

We will be meeting at 9:00am at our Westover location
1104 N Westover Blvd.

Church on the Grounds, Through August 02

We are excited to gather together through August 02, 2020. While we have seen the blessing of the Lord and taken steps to spur each other on to love and good works during our time of isolation, we have longed to gather again as the body of Christ! Church will be, however, still be a bit unusual.

Please note some of the following changes:

In addition to these changes, we have the following suggested guidelines for those in attendance:

Showing Devotion from a Social Distance

Our Need to Love

The elders also wanted to share several resources (which usually cost money) that are being made freely available in light of COVID-19.

Faith and Anxiety in Light of COVID-19

The Importance and Insufficiency of the Local Gathering of Saints

The Ministry of Paul
After Paul’s conversion, he went to the synagogue preaching boldly the name Jesus, proving that Jesus was the Christ (Acts 9). When he and Barnabas went on their journey, they would go to the synagogue every Sabbath and preach (Acts 13). The same was true when he went with Silas (Acts 17). By Acts 20, the day had changed to Sunday, but still Paul would preach; they would break bread and, no doubt, address one another in song.

We are currently not planning to gather for any of our corporate events this week, and we will do our best to keep you posted about future weeks.

It is the position of the elders of Flint Reformed Baptist Church that …
Baptism by immersion is the God-given ordnance to be once administered by the church as an outward sign of the recipient's faith in Jesus Christ and their repentance of sin acting as their public profession of faith and the church’s corporate recognition thereof.

We, the elders of the Flint Reformed Baptist Church, after prayerful searching of the Scriptures and discussion conclude the following three affirmations and denials concerning the doctrine of the Sabbath.

William Carey and Unity in Christ

In 1793, William Carey sailed to India to bring the good news of the gospel to the unreached Hindu people. A majority of the religious adherents were crippled by the rigid caste system that divides Hindus into four castes—Brahmins (priests and teachers), Kshatriyas (warriors and rulers), Vaishyas (farmers and merchants) and the Shudras (laborers).

In 1841, Dr. David Livingston took up his first medical missionary trip through Africa with the London Missionary Society. Early on in his diary he tells the story of himself, along with some of the locals, defending the village from lions. While Livingston was loading his gun, he was attacked. He writes that the lion pounced on him, biting his shoulder and landing with a paw on his back. The lion growled and shook him like a rat. Livingstone recalled, in this moment of absolute terror, being surprised at the absolute numbness that he felt—like a patient under an anesthetic—unable to feel the knife.

“This peculiar state,” he wrote, “is probably produced in all animals killed by the carnivora; and if so, is a merciful provision by our benevolent Creator for lessening the pain of death.”

How Can I Teach Lost Kids to be Good? 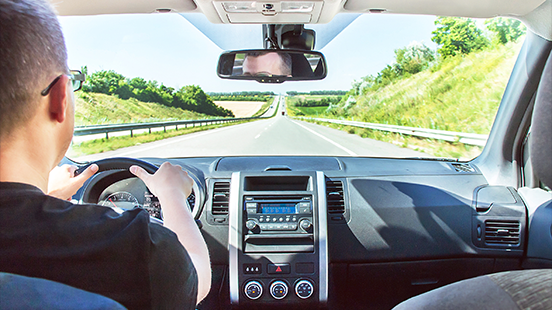 How can I teach my kids to be good christians when they aren’t even saved?

Recently our city was hit with not one but two series of tornadoes in a three week time span.  The storms uprooted century-old trees, cause incalculable damages to buildings, claimed the lives of citizens and destroyed the lives of many more.  In the face of such devastation one is prompted to take a step back and try to wrap one's head around it all.  It's impossible of course, but one is prompted to try.  As I attempted to do just that there were a few things that continue to come to the surface, and I'd like to share some of my thoughts here. 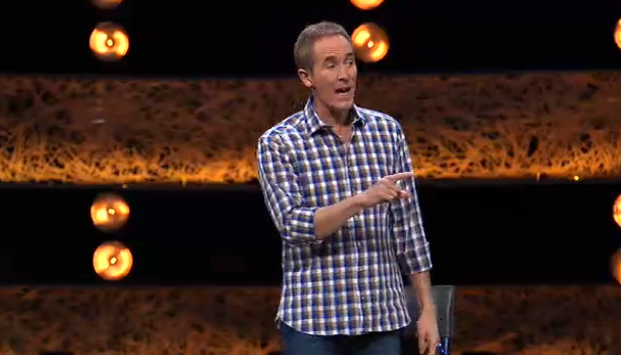 How and Why We Do Children's Ministry

I am often asked about the Children's Ministry here at Flint Reformed Baptist Church, and I am always happy to give an answer.  The reactions to my answer vary from a lack-luster stare to an enthusiastic conversation.  The disparity here, I think, is not really a result of how we do things but of why.  This question is seldom asked, but its undergerds everything else.  If your why does not line up with our how the whole thing seems weird.  Conversely, if our how resonates with you, it's probably because you align with our why.

How Should Christians Talk to Their Kids About Homosexuality

“And then the two guys started kissing.”  This was the statement a first grade neighborhood kid made to my seven year old homeschooled son about a television show that he had seen on a family-friendly network.  There were days when Christians parents could live quiet and tranquil lives in a way that allowed them to tackle worldview issues in their own timing.  It would seem those days are behind us.

It seems likely that many in a congregation will model their own personal Bible study after what the Pastor does on Sunday morning. If they see me skipping around, avoiding the hard texts, and not dealing with things that can be difficult to understand, then they will assume that this is how they should study their Bible as well.

Jonah was the first book that I preached through. In my experience, if you asked most professing Christians “what is the primary message of the book of Jonah?” Or “what does Jonah tell us about God, and grace, and our mission in the world?” they wouldn’t be able to tell you. Perhaps they have heard sermons on “Jonah and the whale” but beyond that, they don’t have a great understanding of the book as a whole. I am convinced, though, from my experience that over the long-haul, congregants will have a much better understanding of individual books of the Bible and the Bible as a whole if they have been exposed weekly to consecutive expository preaching through books as opposed to other methods.

Five Reasons Why I Normally Preach Through Books of the Bible

Why do I preach through books of the Bible?

1) As a pastor, I have a responsibility to preach the whole counsel of God

Paul was able to declare to the Ephesians Elders in Acts 20: “I did not shrink from declaring to you the whole counsel of God.” He famously told Timothy in his second letter to him, “All Scripture is breathed out by God and profitable for teaching, for reproof, for correction, and for training in righteousness.” By preaching through books of the Bible, we honor the fact that every verse of scripture is the word of God and needs to be declared. If we only preach certain parts of certain books, we neglect the truth that all of the scripture is indeed breathed by God. This leads to the second reason. 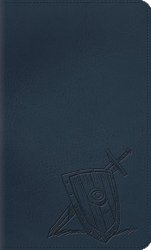 From time to time I have been asked what Bible I would recommend for kids.  I think this is an important (and pretty tough) choice.  For those of us with the means, there is a difficult balance between showing a sense of respect and value for a Bible (as opposed to a Little Golden book) and knowing that it will be put through the ringer (like a pair of jeans).  Where is the balance?  How much should I spend?  Shouldn't I try to make it fun?  Is a kid-specific translation a good idea?  These are all tough questions.

I'll try to help you answer some of them, but let me express a few thoughts first:

That being said, I have been blessed enough to be able to spend some money on Bibles for my little readers.  I decided to get some that were nice and would last.  I have chosen and would recommend to you the ESV Kid's Thinline Bible.  I feel sure there are other good options out there, but this has been the most ideal Bible for kids that I have seen to date.  Why?  I'm glad you asked.

Should the Church Compromise on Gay Marriage to Be Relevant?

It is difficult to turn on the news, browse the web, or open a newspaper without hearing something about gay marriage. From “controversial” laws in Indiana and Arkansas, to Supreme Court decisions, to judges overturning state constitutions defining marriage as exclusively between one man and one woman, to Christian denominations changing their stance toward gay marriage, the issue is simply everywhere. Anyone who does not wholeheartedly accept, embrace, and celebrate gay marriage as something intrinsically good is automatically dismissed as a bigot. As Pastor Kevin DeYoung recently said, “We should not expect our ideas to be debated fairly when it has already been concluded that there are no ideas to consider, only bigotry to suppress. As I’ve said before, why argue about dogma when stigma will do?”

Much could be said concerning Bell’s views such as his dismissal of scripture as merely “letters from 2,000 years ago,” but I want to focus on the main point that he is articulating and that I have read countless times in recent years. The position that the church must change its position on gay marriage or else it will shrink into irrelevancy.

Recently, the Evangelical Christian Publishers Association released the best-selling Christian books for 2014. That list is as follows:

2) Heaven Is For Real: Paperback-Todd Burpo

6) I Am A Church Member-Thom Rainer

8) You Can, You Will-Joel Osteen

10) The Mystery of the Shemitah-Jonathan Cahn

Granted, I don’t know what one has to do for a book to be labeled as a “Christian Book.” Some of these books may or may not offer helpful points with regards to relationships, finance, and diet, but they are not explicitly Christian. Some, like Jesus Calling, despite their immense popularly are unhelpful and even dangerous as argued by Michael Horton here and Tim Challies here. It’s not just the best-sellers though. A quick trip to Lifeway will reveal a myriad of books with varying levels of theological soundness. It is no surprise, then, that many evangelicals simply don’t know what to read. They are either left overwhelmed by the amount of books that are available and therefore don’t read at all, or they are, unbeknownst to them, reading books that are leading them away from what accords with sound doctrine as many of the aforementioned books would undoubtedly do.